Welcome to the second part of our top ten anticipated games of 2011.  If you missed the first part you can find it here. 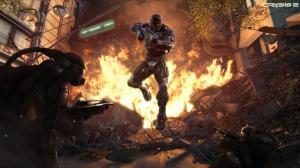 Crysis was an excellent game, having the suit that allowed you to change your body’s capabilities depending on the situation, whether it was going invisible, or running very fast, or simply becoming super strong so you can bash through buildings behind the enemy. It was a great mechanic and way of doing things. I am therefore looking forward to Crysis 2, mostly for the multiplayer, because that could be great fun and I hold out much hope!

Set before the original Deus Ex and it’s expansion you play as a new protagonist who when injured in an attack on the company you’re working for become badly wounded. As such you are forced to have augmentation fitted to you.

As you progress through the game you have the opportunity to purchase new augmentations and upgrade existing ones. The developers have chosen to introduce a mechanic not faithfull to the original games. The camera switches to a third person view of yourself when flat against walls and objects and when performing special moves. A brave move but one which they are assuring fans of the series that it won’t affect thyroid gameplay.

They are promising immersive gameplay and story faithful to the original including multiple ways of achieving the mission objectives. These can be anything from stealth to violent, the choice ultimately will be yours and by choosing your augmentations and upgrades you can make this gameplay cater to your preferences more than most out there.

Fans of the series have been worried about this incarnation not being faithful to the originals but with every new bit of information released and their ambition to develop this into a strong franchise I think it is all in safe augmented hands.

First announced that it was in development way back in 1997 I doubt anyone thought Duke would take 14 years to make a come back.  After 3D Realm’s financial issues back in 2009 the studio was forced to close down however 9 staff decided that after 12 years work it wasn’t time to put Duke to rest and so continued with development themselves throughout 2009 and eventually forming Triptych Games.  It was announced in 2010 that in collaboration with Triptych Games development had officially re-commenced with Gearbox Software having been approached to polish off the PC version and port to the consoles.

So you might be wondering why after 14 years of development this game is in this top ten?  Well the recent successes and quality of games from Gearbox Software have been brilliant and the fact that so much time, love and dedication has gone into perfecting this game kind of makes us think that it could surprise us.  That and it comes from an era of gaming which is almost forgotten.  I mean who doesn’t like battling big ass enemies with a weapon in your hands, cigar in your mouth and that twisted humour we love so much from the Duke.

Dead Space was a survival horror released in 2008 by Electronic Arts, the general idea being: you are Isaac Clarke and you have to fight your way through the horific hordes trying to eat your face. What made it interesting was that good ol’ Isaac is just a miner become Superman – a Gordon Freeman mk2 springs to mind.

This is one I’m gonna be keeping my eye on, as I’m not yet sure on how it’s gonna turn out. The first was… yeah. It was predictable and not as forceful as I may have liked. The story was also a bit lacking and there wasn’t a whole lot to the game play. But I have faith in Dead Space 2, EA will learn from the mistakes of the first and I’m sure they’re capable of making a great game.

After experiencing the Napoleonic wars in Empire: Total War Creative Assembly are returning to the series roots with Total War: Shogun 2. Scaled down to include just Japan we can expect epic battles in the feudal era with an improved engine. 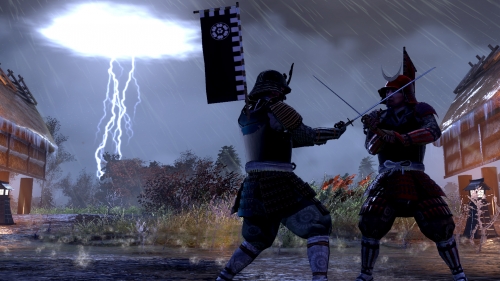 The battlefield experience has been improved ten fold and with the improved engine it allows for more varied character models within your armies for a start.

One of the biggest gripes with Empire: Total War and its expansion was the lack of skilled AI however it has been a big focus of improvement for this game.  From the battle development videos it has been proven how tough the AI is.

The art style for the campaign map and your interface and unit cards is based on the Japanese art style of the time bringing a kind of subtle beauty amongst the wars taking place. Creative Assembly have not at the time of writing revealed any more information on the campaign map but judging by the improvements to the battlefield then I doubt we have much to be worried about.

So start sharpening your swords in preparation for this could be the strategy game of the year.

We feel we are in for an extremely exciting year for gaming and we hope you will join us in celebrating the best of the industry over the course of 2011.  Here are another 5 titles we feel we should also be keeping an eye out for.

Bear in mind there are a tonne of games just round the corner and no doubt there will be a number of surprises amongst them.