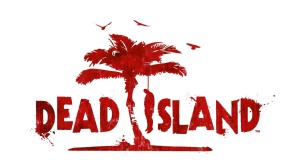 Dead Island is the survival-horror game of 2011 about four people on a glorious holiday to the fictional island of Banoi, a bright and vibrant place where almost everyone has been turned into zombies, and you help the other survivors by fetching items and doing various quests for them.

The game received good reception when the original trailer was shown off, which involved a lovely family whose little girl gets turned into a zombie, and it was played backwards with the girl flying up and back through the broken window, and then  being thrown around the room by [assumedly] her own parents. Though this has no bearing on the actual game, save for the zombies, and the expensive resort – the family are nowhere to be seen.

When you start the game, you choose one of four characters, all are pretty uninteresting and each as stereotypical as the previous. Let’s see, there’s the big African-American male rapper who uses blunt weapons, Sam B. The employee at the resort, Xian Mei, who was born and raised in Hong Kong and took the job to leave her birth-country and is a sharp weapons specialist. There’s also Logan, a former NFL star and therefore, a thrown weapons expert. Finally, the fourth and last character is Purna, the firearms expert, and former police officer from South Wales.

Gameplay-wise, it’s pretty simple. Zombie comes, smash it in the face. The smashing is fun and feels nice. You also do quests for people which is usually doing menial tasks that other survivors can’t do, like fetching petrol, or even one crazed woman asks you to simply bring her buckets of champagne. There’s also a lot of collectibles around the various maps, and there’s an official iOS app that shows you exactly where each of these collectibles are, which also has the official in-game music and is pretty well done.

In the end though, it’s mostly about killing zombies, as the main storyline is (literally) hours long, so you have no choice but to fill your time doing side-quests, which are pretty derivative and unnecessary, but it is great fun when you’re doing it with friends in the same room, or even using mics. It also isn’t the most well done game, with obvious flaws like the main problem I noticed was that you can’t really play with the beach balls, as you’d hit them and they would just jump a few feet and stop suddenly, or they would move in slow-motion when you knock them off a steep fall – not game breaking, but sure was annoying, as I got excited when I first saw one. Other problems that actually affect the game, include the lack of environmental awareness, which makes driving rather difficult as nothing is simply indestructible, if you hit another broken down car, your car will feel like it just drove into a brick wall made of God (and that goes the same for umbrellas, btw).

But, despite the obvious flaws that everyone will notice (which unfortunately, could have made the game really great if it had been a more polished), it’s a superbly fun game if you have friends to play with. Though you can enjoy it on your own, with interesting crafting systems that are not unlike Dead Rising 2, plus RPG-elements like random loot and skill trees, mean there’s lots to do and lots to try, just try to avoid the main story, so you don’t accidentally finish the game without noticing.