For the most part we’ve covered most of the major title releases ( with release dates) for the the major consoles, however, there are still many games that have yet to announce their official dates that are definitely worth the wait. 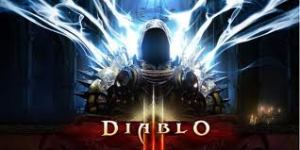 By far my most highly anticipated game for this year, Diablo III still has no official release date. The only thing we know at this point is that Diablo III MIGHT be released in the first quarter of the year.

Diablo III follow a very similiar setting compared to the rest of the Diablo games, including some of the old towns, such as Tristram. While the gameplay is definitely similiar, a few major changes have occured along with the addition of new classes. For anyone interested in seeing just what Diablo III has in store for us, check out my Diablo III preview posts.

Bioshock Infinite is the third installment of the Bioshock series. Bioshock Infinite is not a direct sequel or prequel to previous Bioshock games, however. Taking place in an earlier period and different settings, players can at least look forward to familiar concepts and themes. No predicted release dates have been announced yet.

Fable: The Journey will be the fourth title in the very well-known Fable series and will be released as a Kinect exclusive title. This title is set five years after the events of Fable III. The main plot focuses on Theresa and a Dweller as they journey across Albion to reach the Spire, in order to escape an entity known as The Corruption. While I haven’t played many Kinect games, the concept of casting spells with different gestures is definitely going to be interesting and something to at least consider giving a serious look at. Unfortunately, there is still no set release date.