Since the recent growth in Steam we have seen indie games become more and more popular. Games such as Dungeon Defenders and Super Meat Boy have seriously hit it off with the market by making as much profit as a normal retail game in some cases. 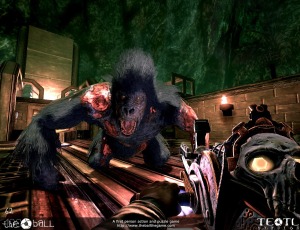 We love these indie games because of the innovation that seems to be drained from the mainstream publishers, we see brand new ideas from hundreds of different studios that would never have the chance if we didn’t have distribution services such as Steam and the popularity of social networks today. One of the greatest things about indie games though are the prices, and by prices I don’t mean the regular price you pay when the game is released. When I talk about prices I mean bundles, indie bundles to be exact! If you have not learned of this growing phenomenon the basic idea is that a group of developers donate keys to a website for a good cause such as Child’s Play and the website sells these group of games in a bundle for what ever amount you decide to pay. That’s right, they are practically giving their game away. But that is not the point of the bundles, the point is to give what you think the games are worth and how much you appreciate the developers making these games, so you can donate anywhere from 1 dollar to 1000 and it’s all up to you. The most popular bundles seem to be The Humble Indie Bundle, Indie Royale and The Indie Gala.

If you are looking to start participating in this growing trend then there is no stopping you! The current bundles running right now are listed below.

The Be Mine Bundle – Games included are Xotic, Sideway New York, Wasteland Angel, Beep, The Ball, Nikopol: Secrets of the Immortals and The Be Mine Special EP

The Indie Gala – This bundle is different from the others as there are three different bundles and the more you pay the more games you get, if you pay for the highest bundle, which is 9.61 or more, you get Roboblitz, inMomentum, Bunch of Heroes, Your Doodles are Bugged, Greed Corp, Critical Mass, Fortix 2, Hacker Evolution, Hacker Evolution: Untold, Hacker Evolu

The Humble Bundle Mojam – This is also another unique bundle as Humble Bundle inc has teamed up with Mojang, the creators of Minecraft and the upcoming Scrolls, to bring you a new form of bundle. Over this weekend Mojang asked people’s opinion of what type of game they would like to see made. The most popular answer and the least popular answer were chosen to be put together to make a game over this weekend and put into a bundle. The game is an Egyptian Steam Punk RTS Beat ’em up and only has 2 hours left. So if you want to grab this game don’t waste anymore time!tion: Duality and nine albums from indie artists.