Charge into battle with the Skryim 1.6 update 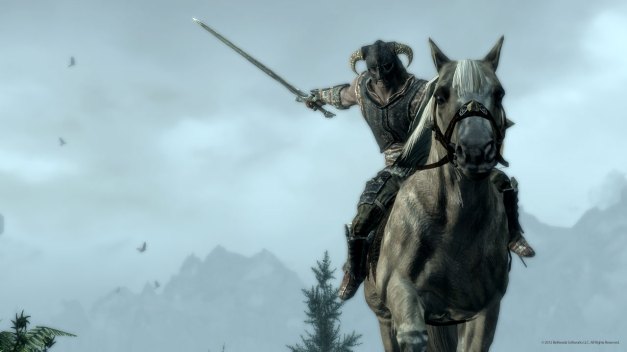 Bethesda have announced that in update 1.6 for Skyrim they will be introducing mounted combat following its teasing in the Skyrim Game Jam video shown off earlier this year at DICE 2012.  This is a free title update for all platforms and will see players now able to use melee and ranged weapons, thus making horses more useful.  Now we just need to see Bethesda implementing horses for companions so we don’t have to wait for them to constantly catch up as we ride into the sunset.

PC users are able to try out the highly requested mounted combat now by opting into the Steam Beta Update via the settings menu in Steam, while news on the Xbox 360 and PS3 release dates are yet to be announced.  Check out the full patch notes after the break.

1.6 Update (all platforms unless specified)

See the original post on the Bethesda Softworks blog here.