And so while the video game world continues to reel from the Thunderdome-esque warzone that was E3, John, Jon and myself found ourselves at a little event they call Rezzed.

They define it as a “PC and Indie games show” and, as we walked under said banner and had our wristbands examined by grumpy looking suited staff, that was very much what we found ourselves in. The show started last year in Brighton and debuted with a first play of Borderlands 2 and Dean “Rocket” Hall talking about his new mod: DayZ. The irony being END_OF_DOCUMENT_TOKEN_TO_BE_REPLACED

Reloaded Productions, the team behind the F2P relaunch of APB: Reloaded, have just initiated a Kickstarter for their new standalone project from the same universe. APB: Vendetta adds a FPS edge to the third-person shooter franchise.

END_OF_DOCUMENT_TOKEN_TO_BE_REPLACED

Rapture to Columbia, a preview of Bioshock Infinite 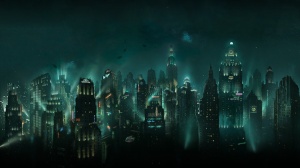 This may surprise you, but it’s been almost five and a half years since Bioshock was released. If anything, that makes me feel old. 2007 was quite awhile ago, and it’s safe to say a lot has happened between then and now: The iPhone (which, ironically, my 2007 edition of Word is underlining in red), President Obama, and that other Bioshock game to name some. And on the advent of the spiritual sequel to the world of Rapture, it’s only fair to take a look at what it was in the first game that made it what we remember it for.  END_OF_DOCUMENT_TOKEN_TO_BE_REPLACED