10 Games to Give You a Scare 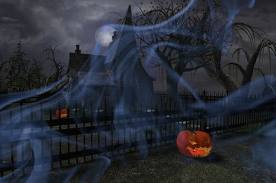 In keeping with the Holiday spirit and with the nearing of  Hallow’s End, here are ten games, some new and some old, to play in the dark and give yourself a scare. While some of the graphics on these games may be a little out-dated they are still pretty decent and are suspenseful enough to keep you wondering what is around the next corner and make you jump when you least expect it. So, dust off that old console, turn out the lights, and get ready for some heart pounding, scream inducing video games.

Parasite Eve, by Squaresoft, blends the Resident Evil survival-horror genre with the Final Fantasy RPG genre. Set in New York, this story takes place over a six day span from December 24th to 29th in 1997. Right away the game brings you into the action as you play Aya, who is on a date, who is attending an opera. Shortly after this, everyone in the theatre spontaneously combusts save Aya, her date, and a few other people.  Now Eve is lose and turning others into monsters, giant puddles of ooze, and causing people to burst into flames whenever they go to certain areas. Eve is attempting to create an “Ultimate Being” and Aya is trying to stop her.

Suspense wise and graphic wise, its not the scariest game on the market (Hey, it still made the list!), but, it’s a good game to get the heart racing from time to time.  However, Parasite Eve only claims the number ten spot on the list.

Killing Floor is a co-op survival-horror genre zombie kill fest. While this game is more of a wave survival and doesn’t have much for a scare value. The originality of the types of monster is awesome ( no really… the Christmas mod for the game has gingerbread zombies….(“In Soviet Russia, Gingerbread eat you!”) which is something Resident Evil doesn’t have). For an older game, the graphics are pretty on par and Tripwire does not fall short on the blood and gore aspect. Just because of the graphic nature of the game, Killing Floor gets put at number nine on this list. 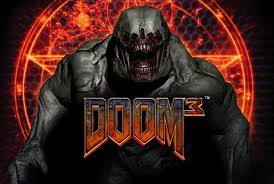 When released, Doom 3 was the most anticipated game for the original Xbox. While Doom 3 entirely throws out the previous Doom storyline and takes place in futuristic 2145 on Mars, this game is a well done reboot of the Doom franchise. While on Mars, the military attempts to perfect the science of teleportation and inadvertently open a portal to Hell. As can be expected, a horde of demons, ghouls, goblins, and really fat rancor beast looking things take over the colony. It’s up to you, guns blazing and chainsaws revving, to take out this nasty horde and close the portal. While not the scariest game ever, Doom 3 does have a bit of originality in their monsters and there are several suspenseful instances in your walk through the darker regions of your compound where a monster will give you a jump. The suspense build gives this game the eighth position for scariest games.

Eden Games brings back Edward Carnby in this 2008 continuation of the Alone in the Dark franchise. As with any good thriller starts out, Edward wakes up and suddenly has a case of amnesia. As Edward works to get out of the building he has found himself in, and in the process witnesses several other people being killed and possessed by some paranormal force. It is now up to Edward to fight his way through an onslaught of demons in an attempt to save humanity from Lucifer who is attempting to break free and possess a mortal body. Dark rooms and a few ghouls who seem to pop out at the perfect moment will on occasion cause you to jump as you quick try to shoot whatever it was that you thought you just saw. Suspense once again gets a game a place on this list. At number seven, Alone in the Dark is definitely a game best played alone….with the lights off ( if you aren’t afraid of the dark, that is.). 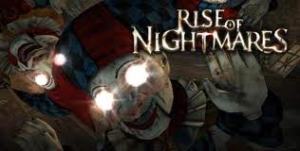 Sega steps up to bat to bring in our number six game, Rise of Nightmares. Taking the survival horror genre in a different direction, Sega puts you in the game, utilizing the Kinect system for the Xbox 360. It is now up to you to physically fight off the onslaught of zombies (Really, they’re just training you for the coming Zombpocolypse.). Rise of Nightmares gives you the opportunity to utilize a wide array of weapons from brass knuckles to electric chairs, death is in your hands and it’s up to you to be creative. As far as a storyline goes, I’m sure there is one there… however, I was entirely too entertained with punching zombies in the face to notice. Rise of Nightmares also has a few instances where zombies that will jump out and scare you, causing you to swing frantically at whatever is in your face. Not to mention, the game also has some unique ways to kill zombies and Sega does not fall short on the blood and gore factor.

Hidden half way through the list at number five is Amnesia: The Dark Descent. This is one of those titles that is unfortunately often overlooked. With a Myst style game play, Frictional Games puts a unique spin on the survival-horror genre. You are put in the shoes of…. Wait… what’s his name again?… oh, right… Daniel, who as mysteriously woken up… somewhere… . As you delve deeper trying to uncover what exactly happened to…. Daniel, you realize that the darkness is starting to wear on your sanity. As your sanity starts to fade away, the darkness starts to play tricks on you. Was that a monster you just saw? Did you really just hear a woman scream? As you turn the corner, you’ll notice it’s time to run and hide, because that monster really is there. Rather than fight, Amnesia: The Dark Descent wants you to keep your sanity and make the right decision to run and hide. This game isn’t about killing monsters, it’s about getting out of Hell without being completely crazy by the end of it. Amnesia is definitely not for the faint of heart, as this game is sure to give you a scare at least twice. 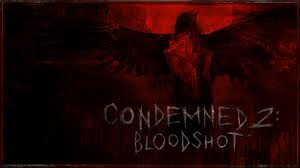 Taking place less than a year after the events of Condemned, the homeless have become increasingly more violent. As you take control of Ethan, you’ll soon find yourself crawling through basements with only the light from a flashlight. It doesn’t help any either that Ethan is hallucinating and on the verge of joining the near zombie like homeless hordes that are trying to kill him. As Ethan once again tries to hunt down his arch nemesis, the suspense builds while you carefully make your way through the darkest regions of Metro City. However, many foul creatures lurk in those dark places and they just love to pop out right as you turn towards the corner they’ve hidden in. Grab your bullets and load your guns, because at number four, Condemned 2 will keep you on the edge of your seat.

Any lover of the survival-horror genre knows and respects the Resident Evil franchise. From game to movie, Resident Evil has made its way into mainstream culture. Originally released in 1996, Capcom has made a huge success and gone on to create five more games from the original ( the 6th game has yet to be released, but having had the chance to play it, it puts an interesting spin on the Resident Evil game and it will definitely be a must-play for any die hard Resident Evil fan). No matter which game in the series you play, Resident Evil is never lacking in creativity as you make your way slowly through the environment, picking your way through secret rooms to solve whatever mystery is at hand. Of course, it just wouldn’t be Resident Evil without, well, some evil residents. Exposed to the t-virus, these mutated monsters pick only the most opportune times jump out, catching you off guard and causing you to pull that trigger button rapidly as you try desperately to avoid death. Resident Evil claims the third place on this list, falling short to two terrific franchises. 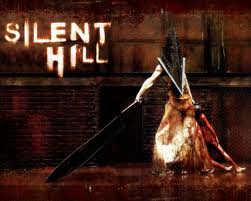 In 1999, Konami brought the world, Silent Hill. This rural town, hidden away, seems normal at first glance, but, as soon as you hear the air raid sirens, things start to get a little unusual. Constantly switching from dimension to dimension, Silent Hill is as much a mystery to find a lost person (or to figure out what the hell is actually going on), as it is a battle to survive and return to life as you once knew it. However, some things just cannot be unseen. Delving deeper into the multiverse, you find yourself stumbling upon an ancient cult trying to raise their deity. Many of these creatures are hellishly disfigured and obscene and they only get worse as you progress in the series. Silent Hill gets your heart pounding whenever you hear the sirens go off and causes you to sigh with great relief when things return back to normal. Play long enough, and this game will cause you to look over your shoulder and check those dark corners carefully, even when you aren’t playing the game. You’ll never think of sirens the same again, thanks to this number two horror hit. 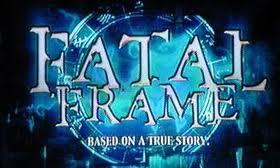 Originally released in Japan under the name Zero (Project Zero in Europe and Australia), Tecmo’s Fatal Frame brings home the scare list with the number one spot. The Fatal Frame series takes an interesting perspective on first person shooters, making a camera your weapon. In the first installment of this unique game, you help Miku search an old haunted mansion for her missing brother. Finding only her brother’s Camera Obscura, developed by Kunihiko Asou, Miku finds herself trapped in the mansion and something is clearly not right. Using the Camera Obscura and the Spirit Radio (also developed by Kunihiko Asou) you must defeat the ghosts within by taking pictures of them. Fail to do so, and Miku becomes possessed by the dark forces within. While this may seem like an unusual concept for a game, Tecmo does an amazing job of creating a truly suspenseful environment, and even when you know there is a ghost present, the images you capture while trying to defeat the ghosts never cease to send several chills up your spine. Playing this game alone in the dark  (and even alone in the daylight) will show you why this game has earned the number one spot on this list. Fatal Frame is guaranteed to send chills down your spine, evoke a few screams, and cause more than a handful of jumps. Oh, did I mention it’s based on a true story?