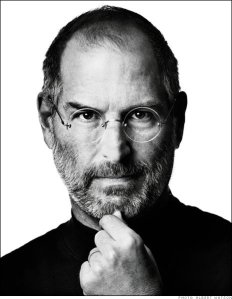 Yesterday it was announced that Steve Jobs had passed away at the age of 56 due to terminal cancer.  This sent shockwaves throughout the world, not just to Apple lovers or tech fans but rival companies (Bill Gates), world leaders (Bill Gates) and more. Everyone is mourning the loss of a great inventor.  Some have proclaimed him as the modern Henry Ford (Creator of the first modern production car) and I’d be inclined to agree.  After returning to Apple in 1997 he’s headed a company which has sparked a massive technological innovation for our generation.